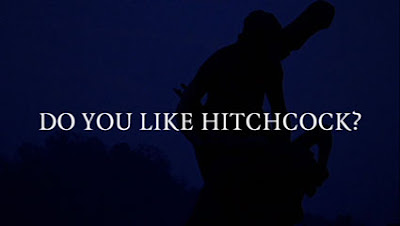 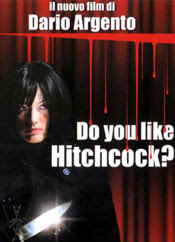 It’s fairly common for fans of Dario Argento to hear rumblings and complaints about the latter movies. On occasion it’s even the fans themselves who provide the moaning and disdain. But at the end of the day – at least mine – Dario Argento is such an important genre director in so many ways that with his legacy also comes a huge dollop of forgiveness. Yes, I can take certain lesser movies because there are some great movies in the back catalogue, and not every one can be a masterpiece. They can’t all be Suspiria 1977, Profondo Rosso (Deep Red) 1975, L’uccello dalle piume di cristallo (The Bird With The Crystal Plumage) 1970, and so on, through your list of personal favourites. It’s through the lesser movies that we come to understand the greatness of the classic Argento pieces, and lesser movies should be seen in the light of their being. At least he’s still making movies and the last thing anyone would want is for the damned negativity to drive Argento into the arms of frustration, try to please a never satisfied fan base and make that damned Suspiria remake! 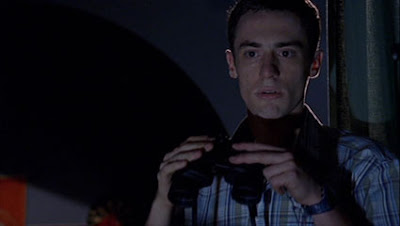 I’d like to say after a string of weak so-so movies, 2001’s Non ho sonno (Sleepless) seemed to be a great return form. But that would really be a load of bullshit, as you’ve got Opera 1987, Due occhi diabolici (Two Evil Eyes) 1990, the magnificent La syndrome di Stehdhal (The Stendhal Syndrome) 1996 before things really got bad… and there’s really only one movie that spoils the barrel of apples for me. Il fantasma dell’opera (The Phantom of the Opera) 1998, and only because it was the first Argento movie I showed my future wife – hey, it was new, it was Argento, so why not – but I made up for the let down by screening Profondo Rosso the first chance I got and managed to lift Dario from “that shit director” to that “pretty cool movie” director. 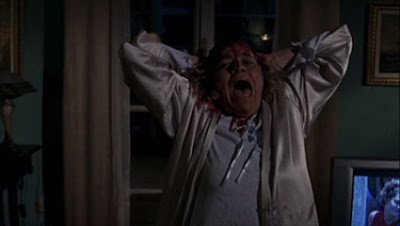 Which brings me to the made for TV movie, Do You Like Hitchcock? This one kind of reverberates all the traits he drew inspiration from when he defined the Giallo genre back in the seventies, and looking at the movie as a meta-homage then I find it to be a splendid thriller with an enjoyable Argento take on the works of Hitchcock. 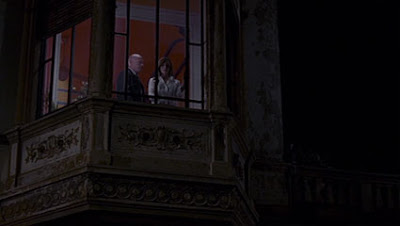 Guilio [Elio Germano] is a young film student with an amazing apartment at the top of a block of flats. From his tower like location, he can see and watch his neighbours from his window that overlooks the square… an ideal setting for an Argento drama. Spying on neighbourhood hottie Sasha [Elisabetta Rocchetti], much to the despair of his girlfriend Arianna [Cristina Brondo], Gullio witnesses the violent murder of Sasha’s mother! His fixation with Alfred Hitchcock movies quickly lead him into suspecting that he’s actually watching Sasha and Federica [Chiara Conti] plan murder according to the murders found in the films of Hitchcock. 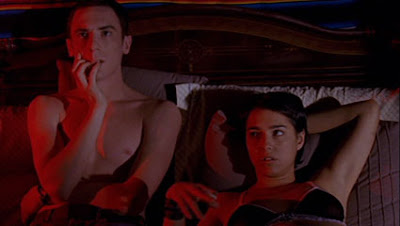 Do You Like Hitchcock? is a great reminder of what Argento does best, the murder mystery thriller - what we refer to as The Giallo! Classic genre traits, the amateur sleuth, the sensuous women, moral decision, red herrings, childhood traumas and a last minute twist ending are all here, and if you know your Argento you will also recognize several moments that definitely reverberate classic Argento moments from earlier movies. There's also a rather decent Pino Donaggio score to the movie too. 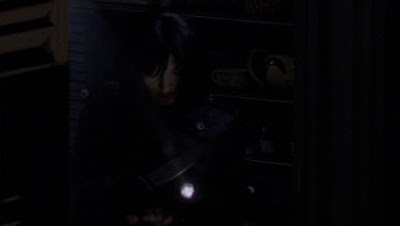 The movie holds several nods to Fritz Lang, F.W. Murnau and obviously Alfred Hitchcock and a bunch of narratives from his movies. You’ll recognize plotlines from Rear Window 1954, Dial M for Murder 1954, North by Northwest 1959 and Strangers on a Train 1950 is even featured in the shape of a DVD several of the lead characters rent (also the reason for the movies title being asked in dialogue by Sasha – “Do You Like Hitchcock?”
With part of the narrative taking place in a video store there several self promotion shots such as posters for Dario’s previous film Il Cartaio (The Card Player) 2004, and even Asia Argento’s Scarlet Diva 2000. I’m not going to tell you that there’s a huge standee for Josef Fares Kopps 2003, in the store, as it’s just embarrassing. There are a couple of classic Argento gimmicks such as the extreme close-ups of items, shots from insides of locks, and solid cinematography. Although I really miss the sadistic prolonged deaths that I love about Argento’s movies. You know, first being stabbed in the leg, then falling face down onto a hard floor, only to be dragged down a flight of stairs, only to have one’s head slammed in the door before finally being stabbed repeatedly in the heart with a knife… the prolonged death that characterizes Dario Argento’s aesthetics. But being somewhat of a Hitchcock homage, it’s understandable that Dario held back on the violence, and after all there is a climactic re-working of the bath tub murder in Profondo Rosso a classic plot twist and a terrible rush of insight at the end that works for me. 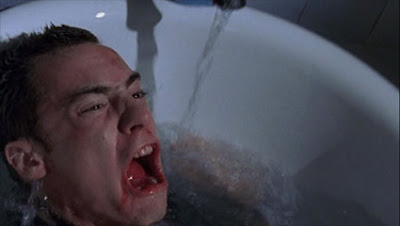 Art the end of the day it’s fair to say that this is an entertaining Argento flick, it moves fast, is to the point and get’s the job done. Germano is a decent antagonist, a very typical Argento one to say the least. When it all comes around, and on second viewings, I really have to confess to liking the movies that Argento co-wrote with Franco Ferrini – and other works of his, if you still haven’t seen the magnificent Occhi di cristallo (Eyes of Crystal) 2004 he co-wrote for Eros Puglielli, then you really need to check that out. A damned fine piece of modern Giallo if there ever was one. Do you Like Hitchcock? plays by classic Giallo rules and I love the meta-gag at the end where a very Edwige Fenech looking semi nude woman walks around her apartment in skimpy underwear whilst reading a classic Giallo book. A fitting homage to the genre that the Do You Like Hitchcock? pays tribute to. 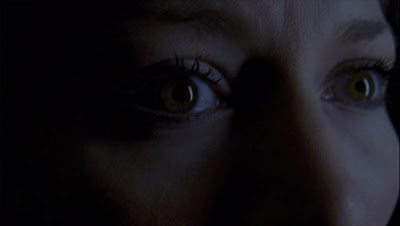