Being a friend of independent distributors of film, I’m also quite fond of independent distributors of music too. You know the drill, it’s the smaller outlets that give you the most fascinating ride. Some of my favorite music comes from the smallest companies, often one-two man armies that live for the uniqueness of their catalogue over the profit of mainstream bullshit. Thinking video, a quick stop is, twenty years ago and Nigel Wingrove’s Redemption and Jezebel labels as a first instance of what I mean. Through Redemption we got all those wonderful Jess Franco and Jean Rollin flicks, you know what I’m on about so enough about that and down to the meat.

Talking about Jean Rollin, last year small indie label FINDERS KEEPERS released, for the first time ever - on CD and Vinyl for us retro nerds - the entire ACANTHUS soundtrack to Le Frisson Des Vampires (Shiver of the Vampire) 1971. A re-mastered, shit kicking, superb rock-prog album that is worth every penny. They also put out a limited five track EP of Pierre Raph’s soundtrack to Jeunes Filles Impudiques (Schoolgirl Hitchers) 1973… 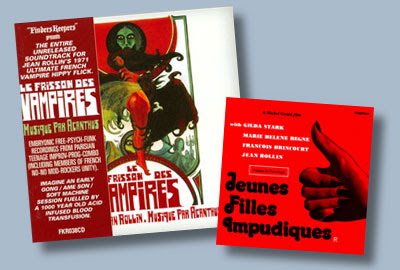 Well get yer pants on and pop over to the web shop right now, because they are just about to release restored versions of Phillippe D’Aram’s score for Fascination 1973, and Pierre Raph’s Requiem Pour Un Vampire (Requiem for a Vampire) 1973 collected on one CD or on two 10” vinyl’s… I'm blowing the fuses of my house as I drool with anticipation into my laptop... 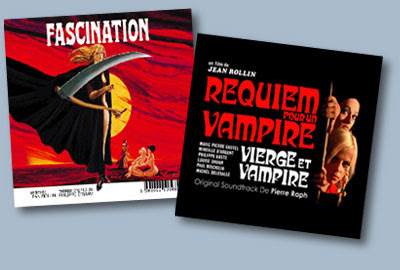 But wait there’s more… in just a matter of days (or in fact NOW if you are reading this after Friday the 9th of March) FINDERS KEEPERS American sister label, B-Music are releasing the “The B-Music Of Jean Rollin” the music collected on this disc is fantastic, and amongst the 31 tracks on the compilation is stuff that hasn’t been available before. 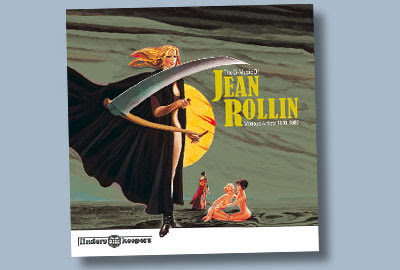 If you are a regular reader here, you‘ll know that Rollin and the soundtracks to his movies hold a special place in my universe. Well, now they can in yours too. Drop in at FINDERS KEEPERS and listen to some samples if you have any doubt in mind. Otherwise just order it all. I did, and I know it’s gonna be worth every penny.

(oh and another tip. Pickup Lubos Fisher’s wonderful score to Jaromil Jire’s equally fantastic Valerie a týden divu (Valerie and Her Week of Wonders) 1970, I tell you FINDERS KEEPERS is the place to be right now.)

I know! I can hardly wait for these to come out!
J.