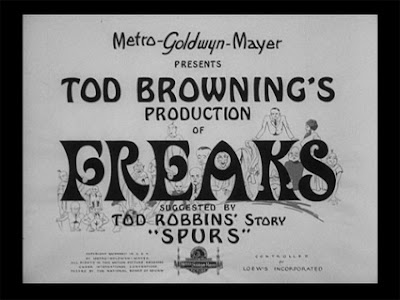 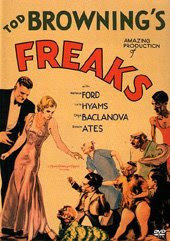 Story;
A group of unfortunate "freaks" travel the countryside with their sideshow circus. Flirty and greedy trapeze artist Cleopatra tries to snare Hans in a fiendish love triangle, so that she can elope with strongman Hercules after laying her hands on Hans money. But be warned, don't mess with circus folks or you may end up like the feathered hen... 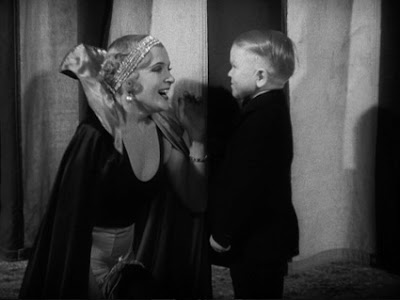 Me;
Well you just have to love this movie don't you. I know I do, and I've seen it uncountable number of times, and fallen asleep to it probably the double that! The surreal cast of real life freaks definitely made this the cult classic it is. The story is wonderfully unveiled as the obnoxious Cleopatra [Olga Baclanova] seduces poor Hans [Harry Earles] away from his fiance Friede [Daisy Earles, Harry's rel life sister!]. After each "romantic" evening, she and strong man Hercules laugh it up as their plan to fool Hans out of his life savings is coming to a close. The acting is what you would expect from a bunch of real life freaks, the pinheads giggle (Yes this is where the Ramones got the pinhead forever making the image part of popular culture), the amazing half-boy [Johnny Eck] around, and the stunning Living Torso [Prince Randian] who, as his name states, has no arms or legs, rolls a cigarette, and lights it in the rain. Oh Boy, I can't even pull that trick off! The wraparound tale of the Feathered Hen is great, and if sideshow freaks haven't scared you before they sure will after you've seen the awesome climax of this classic gem. 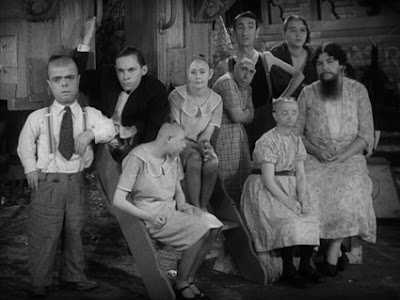 It's often said that this was the film that put an end to Browning's impressive career [London After Midnight 1927, Dracula 1931 to name two other classics], but for sure his alcoholism had a bigger part of bringing around his downfall than this provocative mile stone.

Learn to love it, love to watch it. 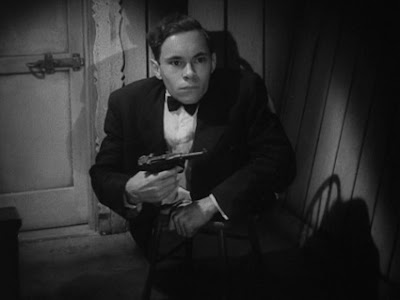 Extras:
Here's a decent bag full of goodies to round off this magnificent film; There's a very informative and entertaining commentary track by David J. Skal, author of the Dark CArnival: The Secret World of Tod Browning, Hollywood's Master of the Macabre, a Special Message Prologue added for the theatrical re-release, a featurette on the three alternative endings, and the documentary Freaks: Sideshow Cinema.