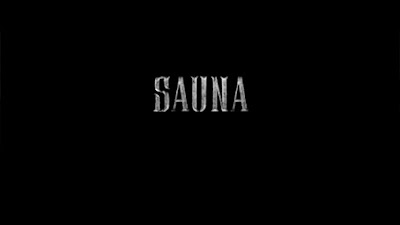 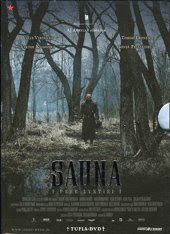 Story:
In 1595 a party of five men is sent out to divide and draw the borders between the two countries after a twenty-five year war. The Finnish party consists of the two brothers Erik, a hardened soldier with fifteen years of fighting behind him and a large number of kills to his name, the other is his sensitive brother Knut, a scholar who is planning to take a professor post at the Geographical Institute at Stockholm after the task at hand is completed. After coming across a family who refuses to declare their items of value for the new states a frustrated and emotionally scared Erik goes to far threatening the lives of both the farmer and his young daughter. For her own safety Knut locks her in the underground cellar. Upon returning to the house he finds Erik straddled upon the farmer rapidly stabbing him and repeating the number 73, his latest death count. As they prepare to ride on, Knut tells Erik that he locked the dead farmers young daughter in the cellar, Erik tells Knut to get ready to move on, and that he will release the girl. A few days later they come to a large marsh area that will take them several days to get through, and after two days of trekking through the marsh Knut starts seeing distorted visions of the young girl. When Erik confesses that he didn’t release the girl from the cellar they start to fear that she has met her end in that dark damp underground. After this haunting realisation they come to a strange village in the middle of the marsh. A village built around a strange sauna, a village where time seems to stand still, a village with 73 inhabitants… 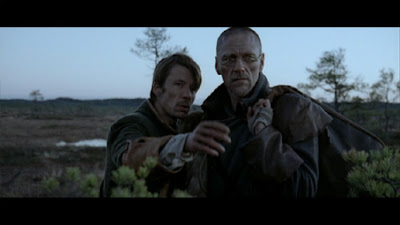 Me:
I was quite surprised by this movie as that I had heard a whole lot of different opinions about it, some claiming that it was good and some claiming that the Finns should stay away from J-Horror rip offs. But in all honesty this feels pretty much what I might have expected a Finnish horror movie to feel like. If you are acquainted with Finnish cinema you’d know that directors like the Kaurismäki brothers Mika and Aki and Aleksi Mäkelä are all known for their traditional storytelling, where the pacing is slow, gentle and saturated with legendary Finnish melancholy. Not that this means tedious imagery, even though their storytelling may be of the slowest kind, the imagery is stunning. With a simple almost minimalist sets and design, there craftsmanship is all within the framing. This is also very true of Antti–Jussi Annilla’s second feature Sauna. There’s a deep gloomy melancholy running throughout the movie which works fine as they are all emotionally scared by the many years of war, longing for home, and haunted by the events that have started to happen to them. 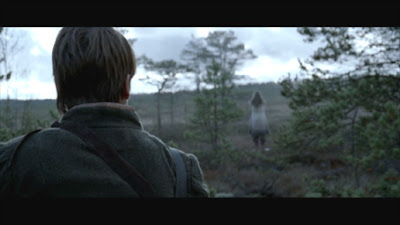 The movie kicks of rather suggestive, where we follow a bundle of furs as they flow along with a river. The furs are picked up and an off-screen person unravels them and reads the signed border documents, which end with the haunting words… and may we receive forgiveness… This propels us back in time eleven days earlier where we meet the two brothers Knut [Tommi Eronen, who looks and acts like a young version of the late Matti Pellonpä who you will remember from several Kaurismäki movies and Jarmush’s Night on Earth] and his older sibling Erik [Ville Virtanen] as they unleash the events that will bring them to their final justice at the end of the movie. Erik has just killed the farmer, and calculates that he has seventy three lives on his conscious. He tells Knut to get ready to meet up with the Russians and they take off to their meeting with Sjemenski [Viktor Klimenko] and his men. They set off to measure up, divide and map out the remaining parts of the land on behalf of their countries. Soon they find themselves approaching the marshes which they will need a few days to trek through. Sending off the remaining men to meet them on the other side of the marsh, the two brothers start to make tracks. But there is a tension between the men even though the war is over, and as they don’t totally trust each other the brothers are accompanied by Sjemeski, and two other Russian delegates. This is where the horror part of the story kicks in. After walking though the marsh a few days, Knut starts seeing visions of a young woman following them at a distance; this initiates the second flashback, to the events before the murder of the farmer. We learn that the farmer has tried to conceal valuables and food from the two brothers as to avoid paying a larger amount of taxes, and after receiving stale bread and exposing that they are hiding a large well stocked food cellar, Erik looses his calm and ends up killing the farmer, which is where we came into the story. At the same time in the cellar Knut makes a move on the young girl who rejects his approach, he concludes that it would be better if she stay in the cellar as to avoid the rampaging Erik. After the murder, and Knut preparing the horses, Knut tells Erik of the girl in the cellar, Erik claims that he will release her. So the visions in the marshes make Knut start worrying that she maybe wasn’t released, and Erik confesses to never letting her out. Knut wants to return to the farm and free her after encountering the ghost up close while racing after a map that has blow out of his hands. Erik refuses and they push on through the swamp, and pretty soon they find a strange very minimalist, misplaced building in the middle of the marsh. The building, a sauna is very evocative, because up to this point everything in the movie has been painstakingly time appropriate and this mysterious building is obviously built from moulded concrete slabs. Something definitely not around in 1595. Just beyond the concrete sauna lies a village, a village that looks very tidy and neat. Uncomfortably neat. The brothers and the Russians try to figure out how they should share the village, as this is so far the most important finding they have made in the marsh as they at the same time try to figure out the strange village and its mysterious sauna. Things start going bad, group members are killed or go insane, Knut tries to ward of the draw of the sauna, Erik tries to make an end for his foul doings during the war and eventually it all ends up in the sauna where the hermit monks who built the village hundreds of years ago, went to “wash away their sins”. 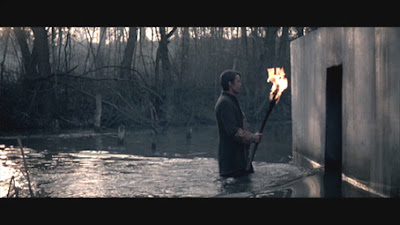 It’s true that the ending is very bleak, nihilistic and enigmatic, but then on the other hand, it kind of works with the genre. I prefer having a downbeat, closed ending which still poses questions after the movie ends than one that fails attempting to explain everything resulting in a loss of pacing and mysticism. We all know how devastating a lame or failed attempt at saving the day, killing the demon, and making the world a safe place again can be. But at the same time the movie has been such an entertaining, cryptic and haunting ride so far that the ending just takes the breath out of it. Up to the point where Knut finally enters the Sauna to confront the ghost of the young girl the movie has been doing a great job of building up the suspense. As soon as Erik joins his brother the air kind of goes out of the movie which is a shame, since it leaves you with a kind of “was that it” feeling. Then again, as stated earlier, you really don’t need to explain what happened in the Sauna, you understand that it’s the spirits of all the people Erik has killed that have come to take their revenge on him, and the girl takes Knut because he is the person responsible for her being locked in that cellar to start with. So all in all Sauna is a very entertaining movie, original, great atmosphere, the ending is sort of a let down, but there have been a lot worse than that on my DVD player lately, and it’s definitely a movie that makes me curious to what screenwriter Irio Küttner and director Antti-Jussi Annila come up with next time. 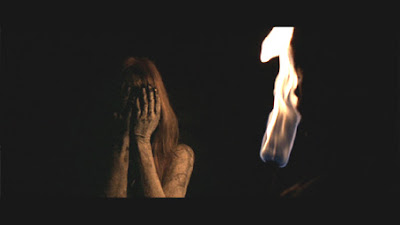 The cinematography by Henri Blomberg in this movie is great, the saturation, the washed out colours work perfectly with the dark brooding tone of the movie, acting wise the characters are very believable, sets and clothes are immaculate really selling the illusion that this tale takes place over five hundred years ago. And the themes of life, death, salvation and redemption run thoroughly through out the movie, and even though a few scenes are somewhat tame and confusing, there is more than enough to make up for that, and as mentioned before a lot going on inside the characters that never gets explained or dwelled into, which makes it an interesting movie to at some point in time return to and see how well it has matured and what new layers you can detect. And it’s a crying shame that I don’t understand Finnish, because I would have loved to listen to the director commentary and see what he has to say about his fabulous movie.

Extras:
A whole disc full of extras; a decent making of feature, trailers, teaser trailers, bloopers, and that Commentary track I wish that they would have subtitled.