Demons Of The Night Gather To See Black Widow 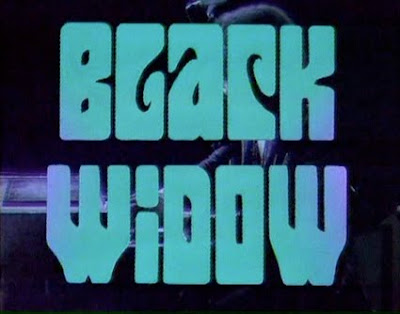 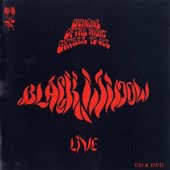 Finally I put my hands, eyes and ears on the DVD release of the black magic show that once was part of one of my long-time favourite bands; Black Widow. A fantastic progressive, early hard rock band consisting of a bunch of theatrical young men who released a few albums before being dropped by there label, CBS, and slowly fading away before the middle of the seventies… and you know me and underdogs… I love ‘em! 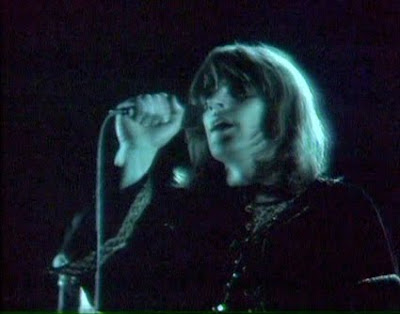 Black Widow are a superb old British band from Leicester that quickly earned a reputation in the early seventies for their debut album Sacrifice 1970, which was filled with references to the occult, Satan, Astaroth and other fiendish beings. But they where also notable for their theatrical live performances that incorporated a fully authentic black magic ritual complete with mock sacrifice of naked maiden. A live show that was composed with the help of English occultists Alex Sanders and his wife Maxine. But obviously they where stopped in their tracks by the powers of bureaucracy, and after their debut single “Come to the Sabbat” was tipped to go to the top of the charts the BBC placed a ban on the group so that the kids of Great Britain wouldn’t be smitten by the powers of black magic. Shows where also picketed and hassled by clergymen shaking crucifixes and crying out warnings the youth of the dangers of witchcraft, and the tabloids went wild in their hunt for sensationalism! 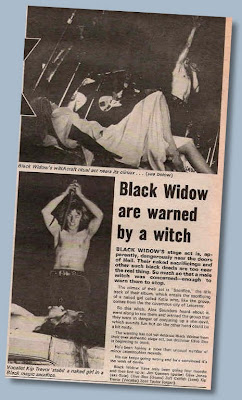 Unfortunately the album only made it to the mid-thirties in the charts and that’s about all the impression that the band ever made in the world of music charts, and following the Sharon Tate /Charles Manson murders, the American tour was cancelled when US authorities decided that it was way to dangerous to let a band take stage and promote black magic… another band that also released it’s debut album in the same time got the slots instead as there management promised that their band wouldn’t promote the dark forces... Tony, Geezer, Bill and Ozzy.
Needless to say Black Widow where commonly confused by that other brilliant band of the time – Black Sabbath, but where Black Sabbath’s occultism was merely a marketing gimmick of their record labels art department, Black Widow where into it for real. 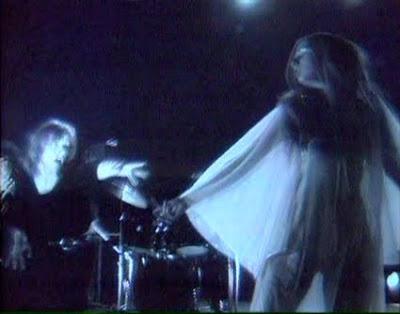 In all honesty it’s only that first album that appeals to me, as it very much indeed is one of the first concept albums in music history. Fuck The Who and their Tommy album, because even though Black Widow released the fabulous Sacrifice in 1970, they had already recorded a version of the album early 1969 with Kay Garret who used share lead vocal duties with Kip Trevor before she left the band (that where calling themselves Pesky Gee! at the time). The lads continued on under the name Black Widow and released one of my all time top ten favourite albums. A definitive early progressive sound sometimes bordering on that early heavy rock that later would be defined by Led Zeppelin and Black Sabbath. 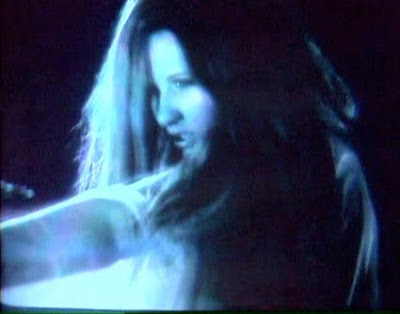 But now, there’s a DVD of a one off German TV performance, one that has been missing for decades, one that documented Black Widow live, one final performance as the band abandoned the black magic antics shortly afterwards and headed in other directions. Thanks to flute and Sax player and songwriter Clive Jones who has been hard at work to keep the legend of Black Widow alive these past forty years, he set out on a mission to find the recordings that where made of the show. Finally contact was made with Birte Zywko who once worked for Beat Club – famous German TV show created by Gerhard Augustin and Mike Leckebusch in 1965 the first of it kind on German telly, and would feature acts like The Rolling Stones, Arthur Brown, Alice Cooper, T-Rex, The Doors, Zeppelin and Black Sabbath – you get it, anyone that was anything. It later evolved into Musikladen and if you ever have watched a vintage live studio performance that wasn’t The Old Grey Whistle Test, I’ll assure you it was one of these two shows. Anyhow, Zywko told Jones that they had found a print of their gig, but it was in terrible state. So the time consuming process of re-mastering the performance was put into action, and some while later Jones could sit down to see the band perform that infamous show…only to discover that they actually performed the full set, the Sacrifice album in it’s entirety, the full show with all the chanting, the summoning and the ritualistic sacrifice of a naked woman in the part of Astaroth, instead of the one "hit" that Jones thought they performed... Wunderbar, as the krauts say! 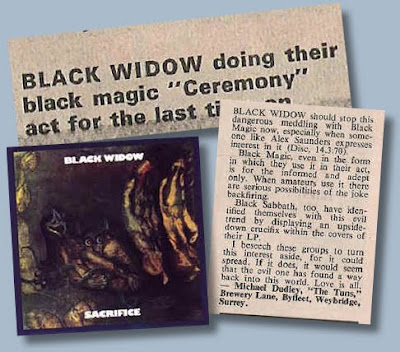 So if you are up for some great, old satanic progressive rock live performance which at times feels like watching one of those old Video Search of Miami releases of Jean Rollin’s movies with a soundtrack by a trippy mix of Goblin, Black Sabbath and Jethro Tull - then get yourself over to Mystic Records and buy this show now. Oh and the DVD package – titled MYS666 – also comes with a CD of the performance. 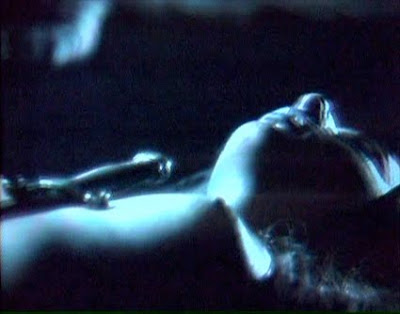 Extras:
Booklet about Black Widow and the live performance, written by Clive Jones.

Here's a little teaser for you... now go get it.

Because of this article, I downloaded Sacrifice this morning - and I'm very impressed. Damn fine album. Some stuff reminded me of early Pink Floyd to.

I will buy the CD/DVD combo - but I hope it's the remastered version of the album, because I read something that the CD was the soundtrack from the DVD-concert. And I guess that sound is less than perfect.

COOL! Glad you liked it. As said it's one of my top faves. There's so much in that album that I just keep finding all the time.

Originally the CD was supposed to be a live recording of an Italian show, but it never happened, and instead you get a CD with the audio of the TV show. Which is ok, but not perfect. Although there is a more recent German re-release of SACRIFICE (2005)with the 7" cut of Come To The Sabbat, and there's a US re-masterd version from 2004 that has a few demo's included.

Or the best shot, the Japanese 24bit remaster... it even comes in the shape of a mini LP with Obi and all... ;)

P.s. Did you ever check out the Flower Travllin' Band?

Flower Travllin' Band was great too! :)