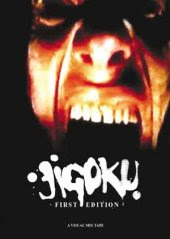 Jigoku: A Visual Mix Tape
Directed by: Cherrystones
and Lovely Jon
UK, 2008
Music, Visuals, Mindfuck, 53min
Packed with funky, furious, distorted riffs, blaring horns, pumping loops from some of the greatest soundtracks ever - accompanied by some fantastic imagery from movies that you will recognise… or will want to seek out after this... sensory orgasm. Lizard in a Woman’s Skin, VIY, All the Colours of the Dark, The Blood Splattered Bride, Simon of the Witches to give you a hint of some of the visuals presented in this stunning project.
I'm pretty certain there's some of Morricone's The Bird With The Crystal Plumage in there and some Acanthus from Jean Rollin's The Shiver of the Vampires in there too - only slight accentuations, but I feel that they are there amongst the frantic wall of sound that rushes forth... which should indicate the vibe of this awesome experience. Almost a mental dot to dot which will have you going, Oh it's that one, or this one throughout the hour of playtime. 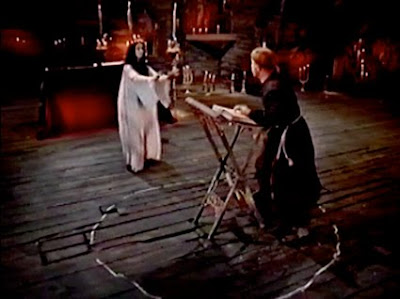 Dj/producer Cherrystones and Dj Lovely Jon, whom together as Jigoku have been up to these audio/visual antics on the live circuit for some fifteen years, have finally released a ”Promo” for their shows, that captures the stunning psychedelic nightmare of their show in the DVD Jigoku A Visual Mix Tape. An item that any fan of exploitation cinema, twangy rock’n’roll and sludgy droney ambience would want to pick up as soon as they possibly can. And I encourage you to act fast as just like the Jigoku CD’s (well CD-R’s) they run out and never get re-released again… and that’s a bitch. 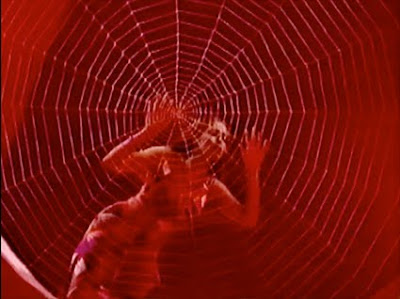 Back in the lat eighties, early nineties, my mate and I used to make these kind of tapes (although not as well crafted as Jigoku) where we’d compile great punk/new wave/goth songs on one channel of the stereo track on the VCR, and let the audio of the trailers, clips and shorts stay on the other. Shit quality, but fun as hell when you get your fave music and movies at the same time. I still have two of them in a box in the vault, ”HammerTime” and ”Monsters A-Go-Go”… trippy stuff from a time long lost, so Jigoku: A Visual Mix Tape DVD fits me like a glove.
Treat yourself to some brilliant audiovisual sensory masturbation because it will blow thy mind – and you will like it it’s unlike any other mindfuck out there.

Alex - You really really really have to get this. It is fucking amazing. And if you ever find anywhere that still has the Jigoku CD-R's in stock please let me know. I really need to get them. I've been playing that DVD over and over again, it's brilliant!