It’s a sad day today as we lay my mother-in-law to rest. I can’t write pieces on pop culture characters who pass away and not write something on a person who stood very close to my heart in the real world - Mamma Lena. An amazing woman who raised three wonderful children, two boys and a girl. A girl, who I met, married and later spawned my own two little monsters with. So in a way I owe Lena everything, and in all honesty I don’t think I’d be here without her. 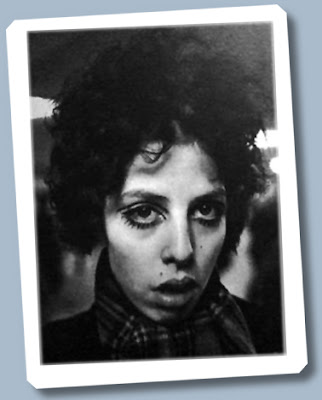 Mamma Lena was someone very dear to me. She may have been an eclectic train wreck of a person at times, but she was always very affectionate and caring for everyone in her surrounding. She definitely didn’t enjoy a light and easy life, as fate threw her some serious ordeals and trials along the way, but time and time again she’d fight her way through, get back up on her two feet and get ready for the next round, and finally start to create a reasonable life for herself. Only to be stricken by that ferocious demon called cancer. But even this bastard was held at an arms length as she fought it off several times through the years before it became to overpowering.

I convinced that despite the turmoil of knowing that she was dying, these last years where the best years in her life. She grew closer to her children who all proved that background is not important and all made careers for themselves, she saw her grandchildren develop into wonderful little entopists. An entropic force that gave her an opportunity to get back on track and redeem all that she may have missed the first time around, like one does with one’s grandchildren. I feel that she found a firm foundation that she’s been missing for a long time, and when she stood firmly upon that rock I’m sure she knew that she was surrounded by people who loved her dearly.

She never once exposed a conscious streak of menace, but always wanted everyone to have a good time and was always cracking jokes. Even so the last words she ever said to me. She constantly knitted jumpers, hats and gloves for everyone in her vicinity. Not having a garden she used her balcony and kitchen to grow vegetables like cucumbers and tomatoes, which she’d send to us by mail every now and again. And then there were the jams. Nobody could make jam like Lena, and I don’t think I’ll ever eat strawberry jam again.

She loved being in the centre of attention and would always make sure that she was heard in whatever forum she found herself – which she naturally did to perfection. If it were an art form she would have been the master, even if it meant telling the same humorous anecdote for the umpteenth time. Anecdotes that I will miss hearing. But it’s these anecdotes that will stay with me from now on, anecdotes I will share with my children about their grandmother, the stories that we heard over and over again; like the times she saw Hendrix during the infamous Gröna Lund concert where the power was cut by the management mid performance, or the time she bumped into her idol Bob Dylan pondering Djurgården in Stockholm, or the time she went to see Pink Floyd and took her kids with her. Or the time she went to the cinemas to see Tarkovsky’s Stalker on the big screen or her favourite movie Fellini’s Amarcord. Not to mention the endless references to, and quotations from the works of Joseph Heller and Jack Kerouac.

We talked a lot about pop culture and music my mother in law and I, and even though she’d grown up a mod listening to the early roots of rock’n’roll evolution, she never held prejudice towards other music genres or movies, or pop culture stuff constantly taking in or discovering new things. We’d go to exhibitions and check out strange art that was on the edge, go to the gallery that frequently showcased comic book art or take in photo exhibitions like Corbijn and stuff like that. We spent hours talking about movies, as she’d borrow stuff from our collection as long as we said it was good, and she could recite endless passages from Kevin Smith’s stand-up performances. She was someone that I could share music and artists with – especially the damaged ones with solemn lyrics and frail voices like Neil Young, Roky Erickson, Tom Waits, Mark Linkous, Antony and the Johnston’s, obviously Bob Dylan and I even took her to a Daniel Johnston concert two years ago. She enjoyed every minute of it, even though she was in the midst of chemo.

And the mischief, there’s no end to the stories of the mischief that this woman got up to, although I’m not going to get into that here. But there was certainly come serious shit, some average shit, and some wonderful shit, the stuff that makes up her legacy. But at the heart of it all it was all with good intentions, for a moment of happiness and a rush of fun. Like giving her oldest grandchild candy and coca-cola for breakfast, no wonder that kid wanted to have more sleepovers at his grandmother’s place.

From now on there will be a little old lady shaped hole in my heart that will never be filled, and I miss your voice, jargon and being profoundly.

Shine on you crazy diamond.

Email ThisBlogThis!Share to TwitterShare to FacebookShare to Pinterest
Labels: R.I.P.

I'm sorry for your and your wife's loss :/

Lena seem to have been a fantastic woman, a personality that this world needs so much. So far from the prisons a lot of other people calls their lifes.

I never knew Lena, but your text about her made me get closer to her, and I'm grateful for that.

Magnus, I know all too well what you're going through and that's why I also know that nothing I say will change anything or make it better. She sounded like an awesome woman. My thoughts are with you and your family.

Thanks guys. We appreciate your thoughts.